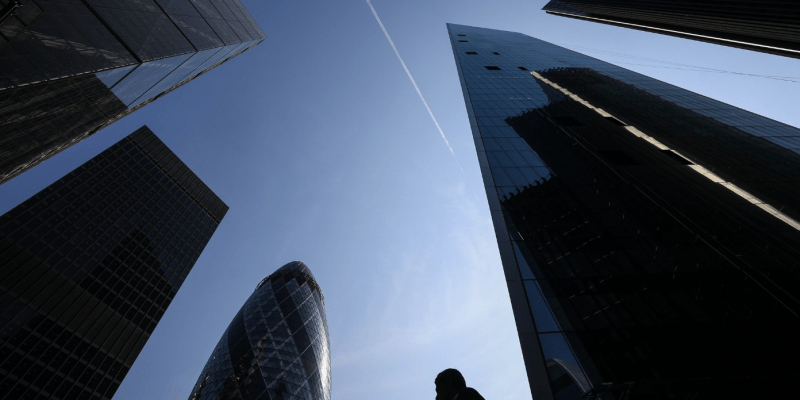 The Federal Reserve still has a chance to meet both of its main goals — strong economic growth and stable prices — but time is running out to achieve a soft landing.

The problem is that Fed officials are fixated on raising interest rates
FF00,
-0.00%
several more times, including another supersize increase at their meeting Tuesday and Wednesday. They don’t seem to notice that inflation is already retreating significantly, while growth is dangerously close to stalling out.

They have a blind spot because they are looking at the past.

Greg Robb: Another jumbo Fed rate hike is expected this week — and then life gets difficult for Chairman Powell

Fed officials ought to reach out to another government agency that has had remarkable success in achieving soft landings: The National Aeronautics and Space Administration.

NASA’s scientists know something the Fed has forgotten: It takes a long time to send and receive messages from space, so they need to account for those delays when sending instructions to their spacecraft so they can land safely on Mars, or orbit Saturn or the moons of Jupiter.

It’s the same way with the economy. The signals that the Fed receives from the economy are often delayed, sometimes by months. Unfortunately, one of the main signals the Fed is relying upon right now to decide how much to raise interest rates is delayed by a year or more.

I’m talking about inflation in the price of putting a roof over our heads. Shelter prices are now the leading contributor to increases in the consumer price index (CPI) and the personal consumption expenditure (PCE) price index. But because of the way the CPI for shelter is constructed — for very good reasons — the inflation reported today reflects conditions as they were 12 to 18 months ago.

The error is compounded because shelter prices are by far the largest component of the CPI, at more than 30%.

The Fed is disappointed that inflation hasn’t declined more since it began raising interest rates in March, but how could it when the signals about shelter prices were sent last summer and fall, long before the housing market began to cool in response to higher interest rates
TMUBMUSD10Y,
4.035%
and the reductions in the Fed’s holdings of mortgage-backed securities?

According to real-time data, shelter prices are no longer rising at a near-10% annual rate as the CPI and PCE price index claim. Growth in rents and house prices has slowed since the first rate hikes in March. House prices are actually falling in most regions of the country, and private-sector measures of rents show that landlords are now dropping rents in many cities.

Just like a radio signal from Jupiter, it takes time for that message to be received by the CPI. It will be received and incorporated into the CPI eventually, but by then it may be too late for the Fed to react. The Fed might crash the spacecraft because it mistakenly believes the messages it gets are in real time.

The Fed’s blind spot puts the economy in peril. Recent data show that growth is naturally slowing from the breakneck pace following the pandemic shutdowns but also from the Fed’s relentless squeeze on financial conditions.

It’s very hard to argue that the economy is still overheating. Domestic demand has stalled out since the spring. Final sales to domestic purchasers — which covers consumer spending and business investment — has grown at a 0.3% annual pace over the past two quarters.

Real disposable incomes are growing at less than 1% annualized. Household wealth has fallen off a cliff, with the stock market
SPX,
-0.13%
DJIA,
-0.15%
in a bear market and home equity beginning to fall. Wage growth is beginning to slow. Supply chains are improving.

And the CPI excluding shelter has gone from rising at a 14% annual pace in the spring when the tightening began, to falling at a 1% annual pace over the past three months. Rate hikes are working!

This benign picture on inflation may not persist. Inflation is still worrisome, particularly for essentials such as food, health care, new vehicles and utilities.

But the Fed should adopt a more balanced view of the economy, no matter what the signals from the past say. No one wants a hard landing.

Everybody is looking at the CPI through the wrong lens. Inflation fell to the Fed’s target in the past three months, according to the best measure.

: Here’s what the future of ‘high’ society looks like

: The individuals who helped Bankman-Fried post bail will be publicly identified, judge rules

NerdWallet: The airline rewards programs that give the most value